Perhaps time and distance are the best antidotes for a vengeful heart.  Nope, that’s a lie.  The pig must die.

The Princess:  Happily ever after?  Zaina doesn’t believe in it.  Now revenge on the other hand…All she has to do is: cut her hair, dress up as a boy, call herself Little John, join the traveling circus, guard her soul against the evil sorceress, battle dragons and avoid the lethal tip of the mysterious Lord Hood’s blade.  It’s perfectly easy.  Oh, but don’t forget the potion, the one that’s intended for the villain who ruined her.  It ends up in the wrong hands, causing everyone to fall in love with her except the one she desires most.

The Outlaw:  If there is one thing Lord Hood is good at, it’s sniffing out a lie.  And the newest member of his troupe, the lad Little John, is lying about something.  Hood just has to figure out what.  In the meantime, he will continue to steal from the rich and give to the poor and evade the bounty hunters who pursue him.  For one day soon he will return home to avenge the murder of his betrothed and perhaps that will ease the dark stain upon his heart.

Now Available as The Complete Saga! 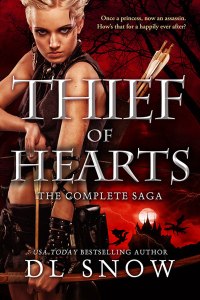 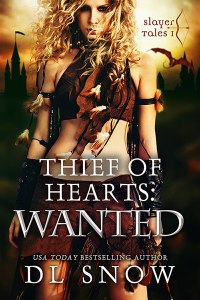 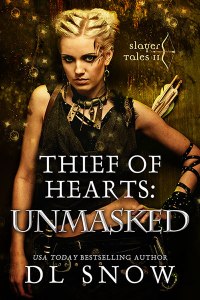 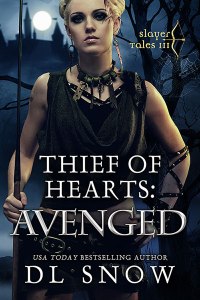 5 thoughts on “THIEF OF HEARTS”

For the latest in new releases, free books and more! Subscribe to our newsletter